We are still here.

It’s been a long time, there have been many changes. Hello Companion still exists.

In a different form.

We hope to have a late holiday gift for you soon.

We’ve hit the top 10 regionally (Toronto) on ReverbNation, it would seem.  This is certainly a pleasant surprise.

Thank you VERY much for your support! 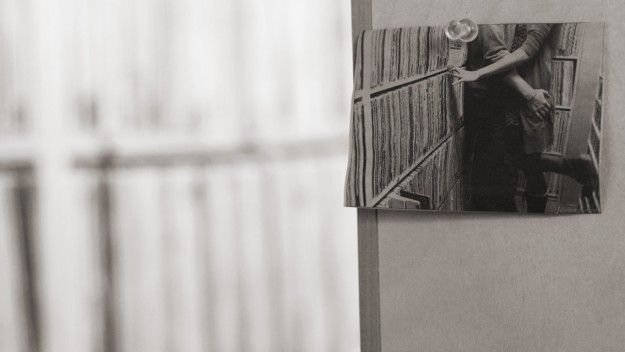 A big thank you to CHMA 106.9 FM in Sackville, New Brunswick for playing Cracks on their Indie Rock show this evening!

"...listening to as many styles of music as possible is essential"

Art, in any form, is subjective and music is no exception, where one person’s Beatles is another person’s Rancid. What is certain is that with music especially, variety is important and a lot of genres of music are much more connected to each other than you might think. The variety idea is certainly something that is much easier to see today in the instantaneous world of Youtube and Grooveshark, where one can punch in random names and genres and have entire histories of music pop up for consumption. And that’s another thing, consumption; we are no longer “listeners” of music but “consumers” of it. Because it is now so easy to acquire music on the internet, legally or illegally, combined with the advent of larger and larger hard drives, not every piece of music we come across gets the full attention it deserves. I myself am guilty of that, especially since I am somewhat of a completest, and when I find a new artist that I like I used to enjoy collecting as much of their music as I could. If they were an older artist with an extensive back catalog, then watch out! I may not get to listen to all of it or listen to it as much as I should, but at least I “own” the albums, and dedication has to count for something, right? After my computer failed last winter and I lost what I had accumulated I try to be a little more appreciative of the music that I have and the new music that I encounter, and am a little more choosy about what I “consume.”

In terms of the music you choose to listen to, I recommend running the gamut. If you see or hear something you like then listen to it again. If you still like it then take the next step of sitting down and really getting into it, as well as reading books and articles or watching documentaries and movies about these artists. Not all of the information may be accurate or relevant, but the more knowledge you have to filter through the clearer end picture you will have of the musicians that you love. And don’t feel like you’re weird if in the course of an afternoon you move from hip-hop, to metal, to jazz, to techno, and then bring it back down with some funk, it’s all worthwhile. And if you are a musician, listening to as many styles of music as possible is essential, and I highly recommend this if you want to hear how your instrument sounds in different musical contexts.

To Cover or Not to Cover

Ahh yes, the original band does a cover of someone else’s music…

Has the band run out of ideas?

Do they need to fill time in their set?

Are they disrespecting their fans?

I bet you didn’t even know that All Along The Watchtower was a cover.  See what Jimi Hendrix did there?  He transformed Bob Dylan’s original and made it his own.  In fact, he made it more popular than the original.  When Johnny Cash recorded Hurt by Nine Inch Nails, Trent Reznor said that it “wasn’t my song anymore”.   Hell, everything on The Voice (I’m not linking to that!) is a cover song.  Sometimes the singers make the song “their own”, and it really works well.  I recall someone doing a cover of Mad World by Tears for Fears (an amazing band in their own right), on American Idol.  It was amazing!  But when it fails, it fails big and the singer usually gets the boot as a result.

Are covers like this better than the original?  That’s up to you!  “Better” is subjective and who knows, maybe some of you prefer Dylan’s version!  But that’s beside the point.

At 3030 we did a cover of Joy Division‘s Digital.  A relatively unknown, really fun, somewhat simple song that carries a lot of energy.  Surprisingly, a real crowd-pleaser!  I’d hazard a guess that 1/10 people in the audience that night had ever heard Digital before, let alone knowing who Joy Division was.  No matter, we had fun playing it and entertaining the crowd.  And there’s the rub…

Sometimes it’s fun to play another artist’s music, break away from the norm. We all grew up listening to music by someone else, wouldn’t it be fun to play those songs? Try to capture some of the magic that was laid down on tape so many years ago? Or pretend you’re, oh I don’t know, David Bowie or Kurt Cobain for just a few minutes?  We all take inspiration from different sources.  My drumming is my own, but I’ve been compared to Kenny Aronoff and Chad Smith.  Maybe it’s the bald head, or the velocity with which I hit the drums that strikes the similarity that was heard?  It’s a flattering comparison to be sure, and I wish I was 1/2 as good as those guys.  I was also happy to hear that as I have drawn influence from those amazing drummers, as well as Will Calhoun from Living Colour, and of course Neal Peart (click that link, it’s the very reason I started drumming!).

When we played Digital we pretty much ripped it off, but we had a lot of fun doing it.

Did we make it our own? No.

Will it be different next time? Maybe. Should we change it up?

Did we run out of ideas?  No. There is plenty more you haven’t heard yet!

Did we need to fill some time in our set?  Maybe, but we’ll never tell!

Did we disrespect you?  We sure hope not.

So what’s my point?  Some of the best art is that which has been copied, transformed and mutated into something completely different yet somehow retains the essence of the original.  I hope that someday, someone covers a Hello Companion song.  That would be the ultimate form of flattery.

See you on stage.

All About The Music, Dave On Drumsart, cover songs, drumming, theft, whatismypointanyway
Share :